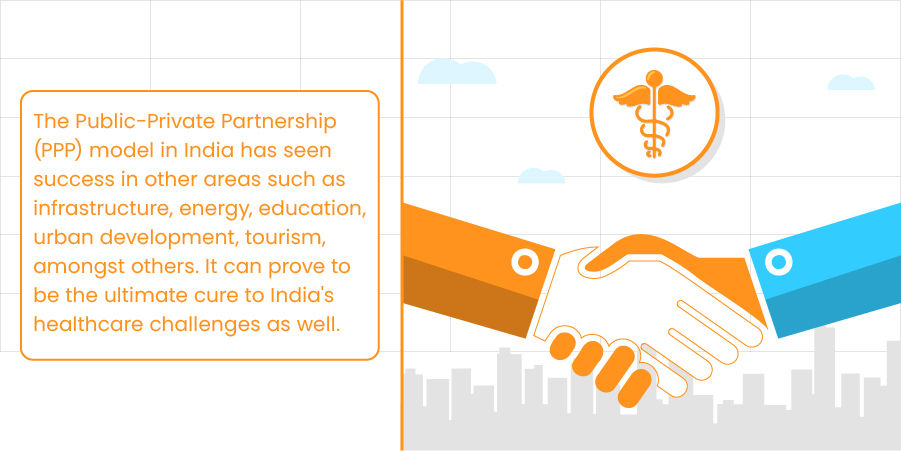 India has been struggling with deficient healthcare infrastructure for a while. During the second wave of the Covid-19 pandemic, the grim realities of healthcare in India became evident. With the virus evolving and spreading much quicker than in the previous wave, no country could have completely defended itself. However, unlike the first phase, when the country was caught off guard by the pandemic, the second phase's disaster was aggravated due to a lack of preparedness, whether it was in terms of ensuring adequate raw materials for vaccines, containers and canisters for transporting oxygen, personnel for virus testing, or sufficient medicines, beds, and other facilities.

In such situations when the healthcare system is in a crisis, rural India suffers the most, as a lack of awareness and accessibility add to the problem. Over 75% of India's healthcare infrastructure is concentrated in metropolitan regions, where only 27% of the population lives. Furthermore, according to a KPMG study, 74% of doctors in India work in urban areas. This indicates that 73% of the population in rural areas lacks access to even basic healthcare.

Another challenge is the shortage of well-equipped medical institutes. Compared to the urgent need, the rate of building of such medical teaching or training institutes remains low. Until recently, private medical institutions had to be erected on at least five acres of land, in accordance with the government regulations. As a result, a huge number of private colleges were created in remote locations, making it difficult to recruit suitably qualified, full-time doctors due to poor living conditions and low pay scales.

The unveiling of these gaps has offered us an opportunity to look at the possible ways in which we can transform the healthcare infrastructure. In 2020 the Fifteenth Finance Commission highlighted the role of public-private partnerships in improving health infrastructure and suggested increasing public spending on health from 0.95 per cent of GDP to 2.5 per cent by 2024.

The Relevance of PPP In the Indian Context

The Public-Private Partnership (PPP) model in India has seen success in other areas such as infrastructure, energy, education, urban development, and tourism, amongst others. It can prove to be the ultimate cure to India's healthcare challenges as well.

Here are a few ways in which the PPP model will help strengthen the Indian healthcare infrastructure:

Bringing In the Expertise: The experience and management expertise of the private sector in building and running successful organizations can be crucial in revamping medical facilities to build an efficient healthcare system.

Availability: PPP will bring in the government’s resources needed to make healthcare available for the larger Indian masses living in urban and rural areas. It will also create a sustainable long-term model.

Offers Affordable Healthcare: PPP uses a high volume, low margin strategy to achieve universal health coverage and provide high-quality care at a reasonable cost. A good PPP model that reduces cost is also advantageous for the general public as it can potentially lead to lower taxes.

Specialist doctors: Changes in government policy may be able to assist India in producing more specialist doctors in order to alleviate the country's severe shortage. The Centre's decision to resurrect Post Graduate Diploma programmes in medicine is a big step in the right direction.