The contemporary interior sheathing consists of fine laminated wooden and gypsum finishes, which are adorned with classical Indian gilds of hand-knotted woollen carpets, a coalescence of traditional and modernist paintings, and furniture pieces. The idea was to curate an ambience inspired by the rich cultural heritage that resurrects the essence with which the houses were built during the British empire.

This dialogue between the contemporary and the classic becomes the key driver behind every detail. We firmly believe that it is almost paradoxical to stick with one particular school or a style of architecture while designing a space meant for distinct individuals and functions. 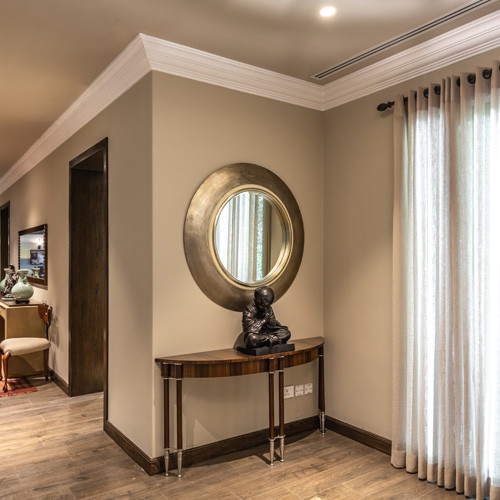 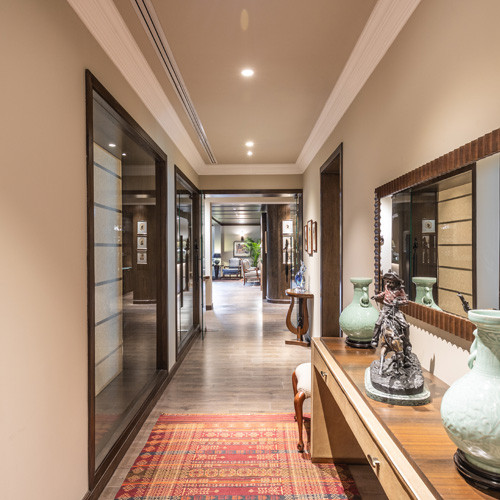 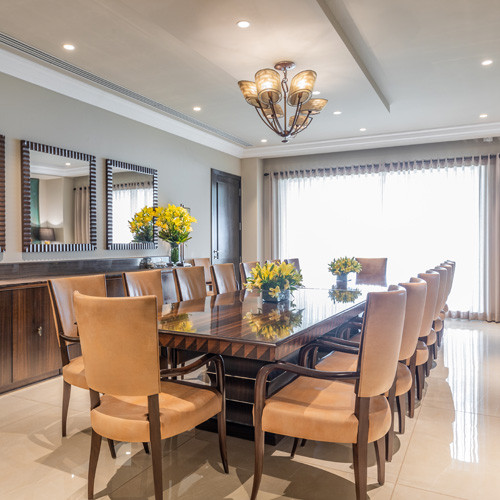 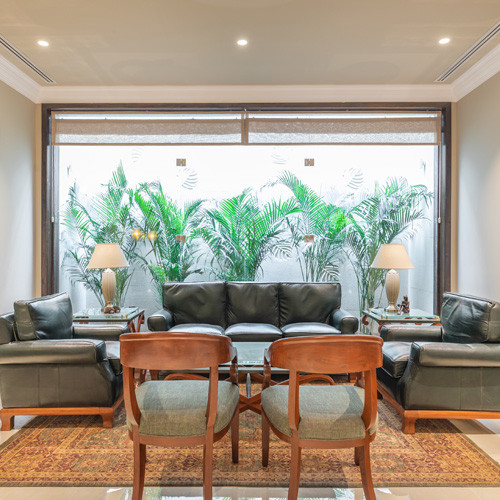 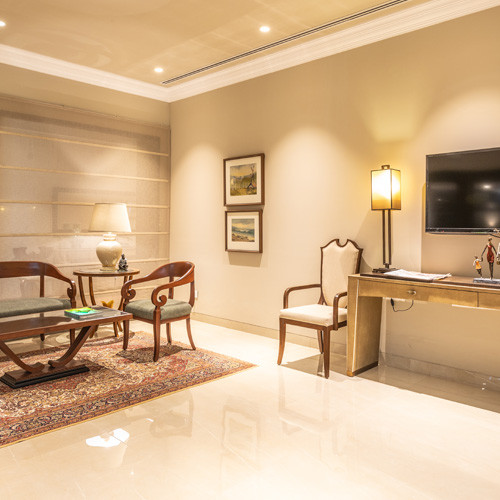 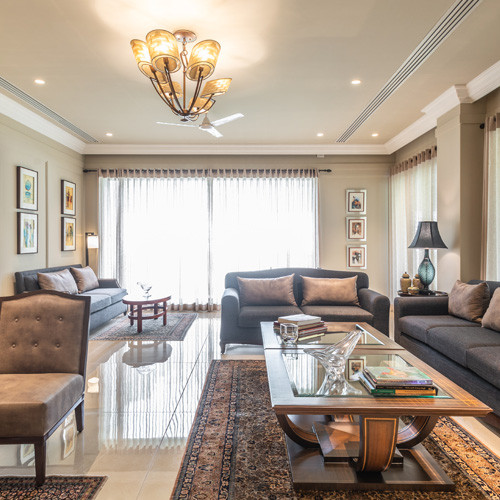 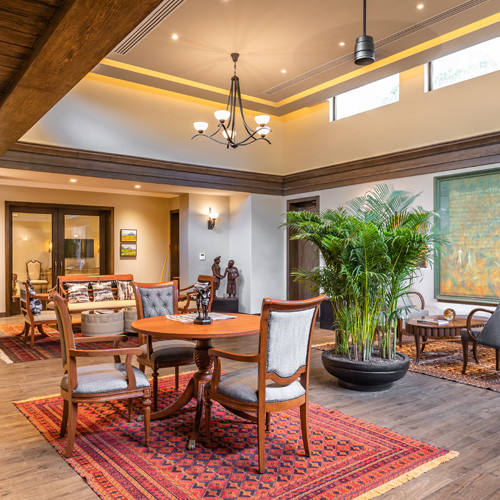 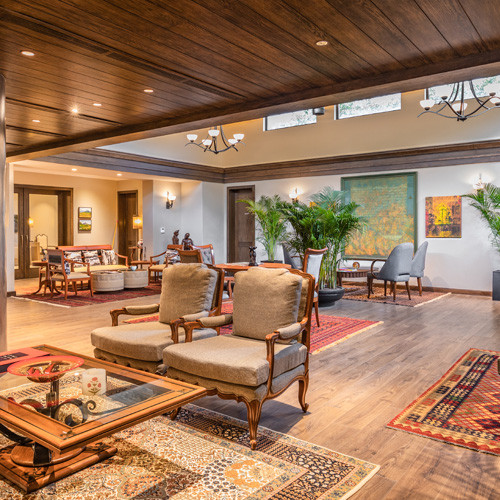 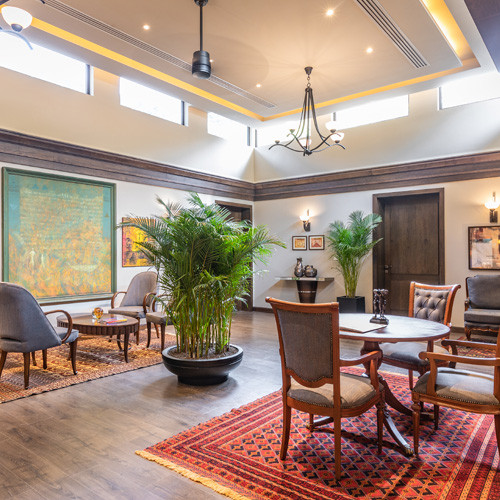 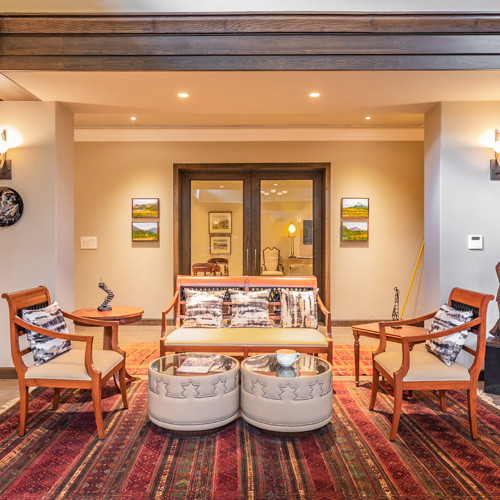 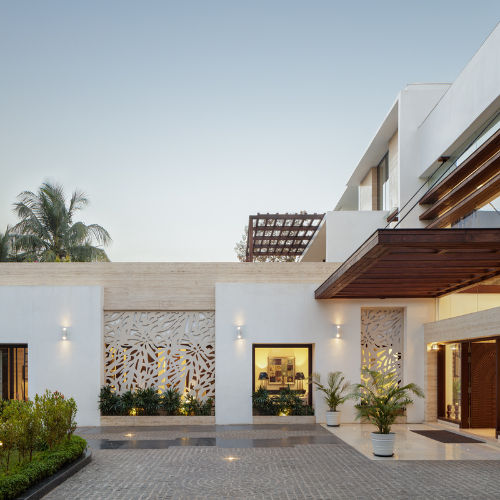 Raipur Home is a conjunction of inside and outside, where the structure pours into the open and creates a cohesive built environment. The expansive residence, located in Raipur Chhattisgarh, is designed for a family of medical professionals. 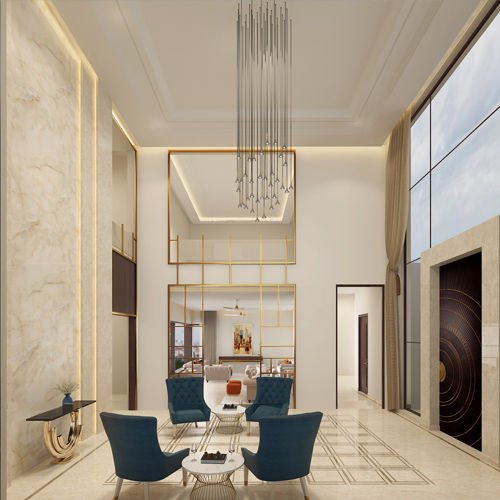 A high-end contemporary dwelling in Raipur that breathes of opulence and exclusiveness in every space and texture. 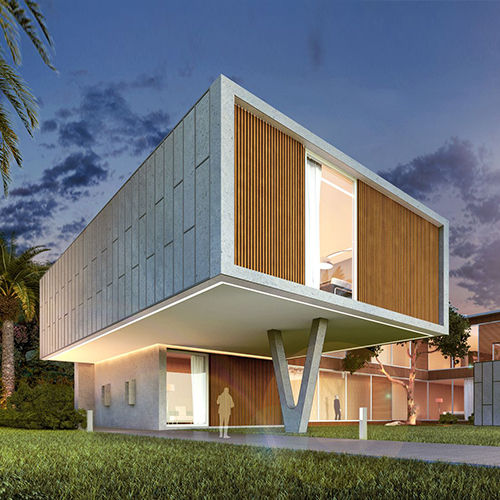 A nature-infused farmhouse in the countrysides of Raipur entirely clad in locally sourced teak. 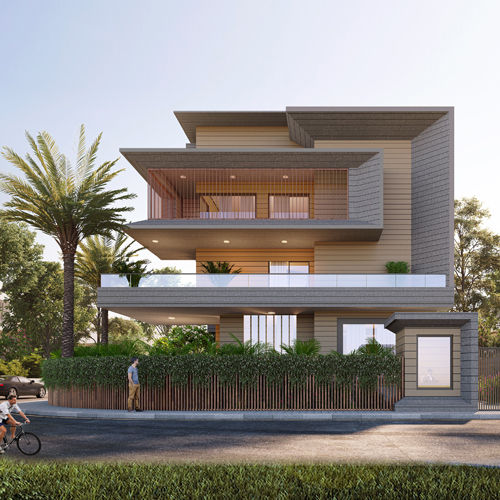 A 15000 sq ft residence in the suburbs of Jaipur that embraces enclosable balconies in response to the local climate.